Crop circle in the sea

A new type of puffer fish that was discovered off the coast of Katetsu village in Amami Oshima in 2011.
Amami Hoshizora Fugu is suitable for observation because it is at a relatively shallow water depth of around 10 m.

It was discovered in 2011 off the coast of Katetsu Village on Amami Oshima.

In 2015, it was selected as the "Top 10 new species in the world" in 2015 by the State University of New York and International Species Research Institute.


Although the body length is about 15 cm, a diver who saw this intricate spawning nest that males build on the seabed in an intricate diameter of 2 meters radiating pattern have come to call them crop circles.

When the spawning bed (circle) is completed, females are accepted to lay eggs and breed. The breeding period is from mid-March to July. The depth of water that spawns is 10m to 30m.

Amami Hoshizorafugu, which can be seen off the coast of Katetsu, is suitable for observation because the water depth is relatively shallow, around 10 m, more and more divers and photo enthusiasts are coming from all over the country who love watching fish. 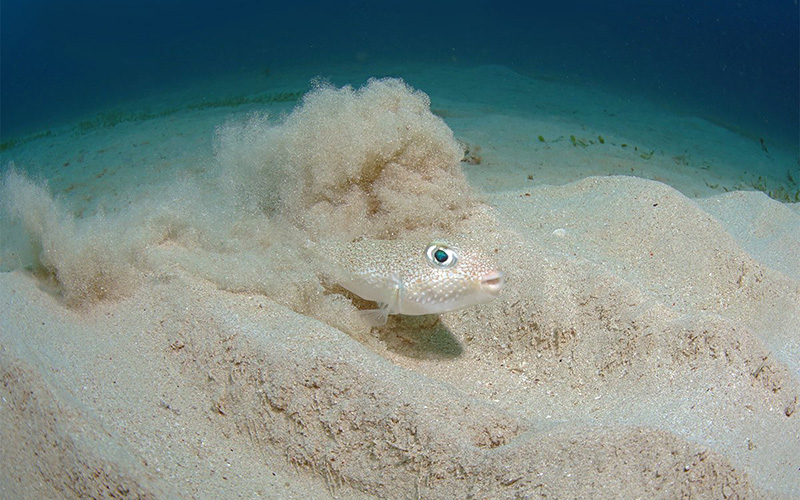 The male size of Amami Hoshizora Fugu digging a groove is about 12 cm. 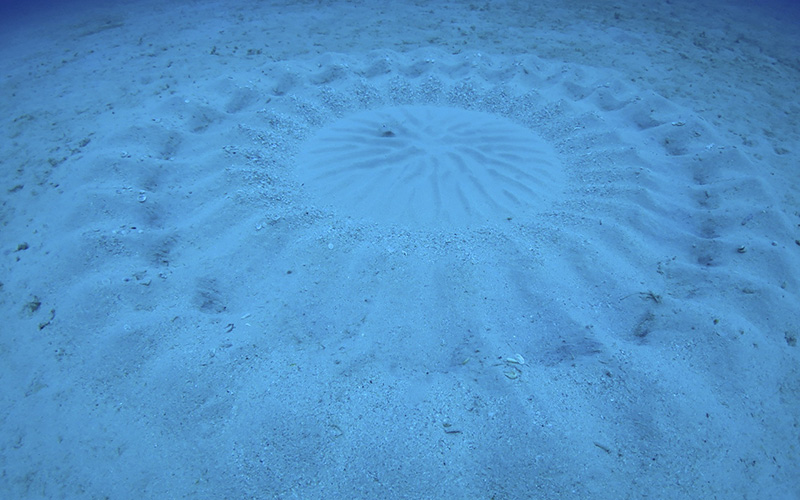 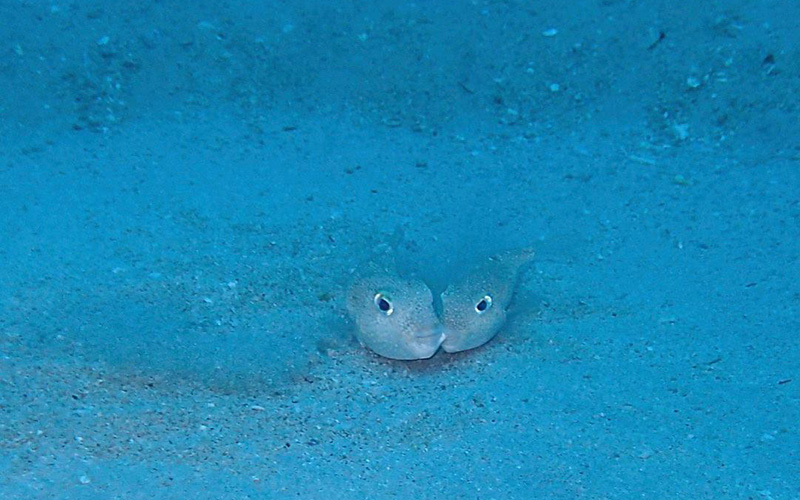 At the moment of spawning, the male bites the female cheek. Spawning time is about 3 seconds 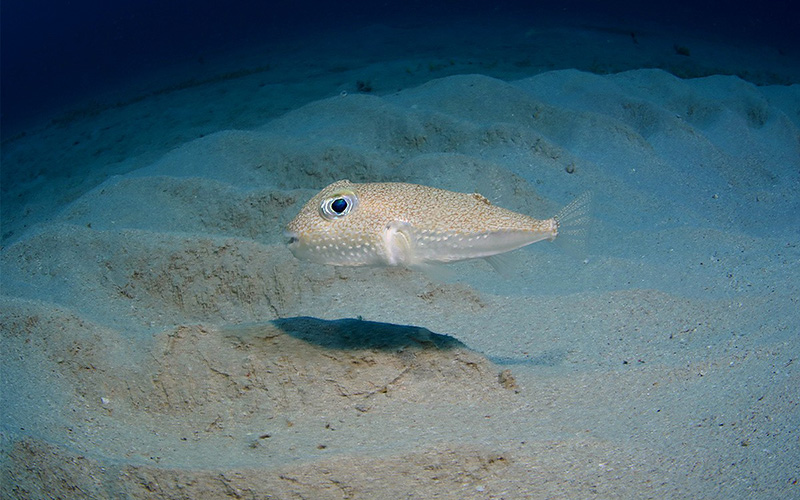 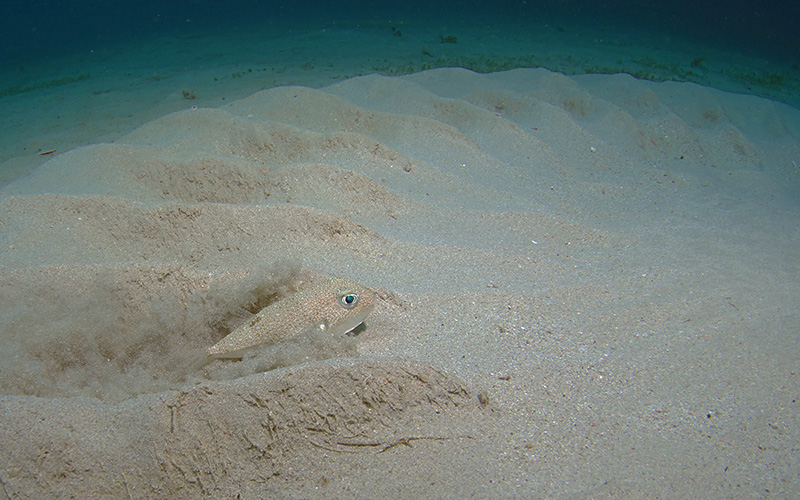 They work hard to build their nest. 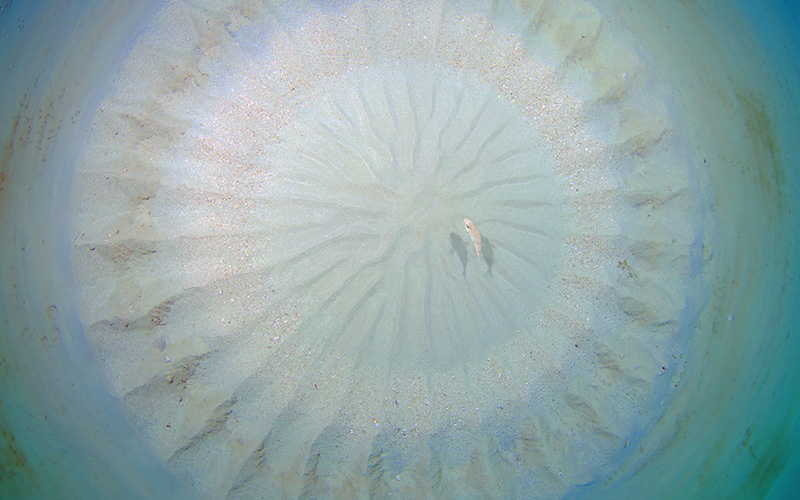 It looks like this when viewed from above. A strange pattern. 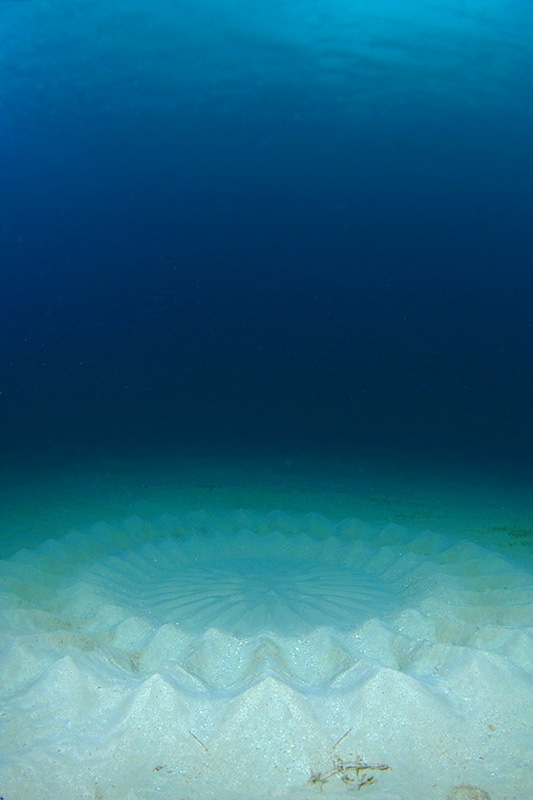