Every December-April, whales come from the Siberian sea to Amami sea to raise their children. Want to see that dynamic appearance?

Humpback Whale
Average length is 13 meters, average weight is 30 tons. It is characterized by large pectoral fins that can reach one-third of its total length (about 4-5 meters).

There is also a large bump on the head.
The white and black patterns on the tail fin are different for each whale (like a human fingerprint), which is a clue to identify the individual. Humpback whales that come to Amami Oshima feed herring and krill on the northern Aleutian Islands and the Bering Sea during the summer months of June to October, and in winter they come all the way to the warm Amami Oshima Island to mate, give birth and raise their young.
Meeting place
↑You can hear the singing voice♪

Male humpback whales sing songs in breeding waters and are called whale songs. The whale song is composed of several phrases and is sung by using high and low voices. Humpback whales in the same waters sing the same melody throughout the season. There seems to be a popular song of the year. Lol

Why do they sing? A territorial battle between males? Is it a signal to their company? Is it a love song for females? I would like to ask the whale what the message in the song means.

Different whale actions that can be seen in whale watching. 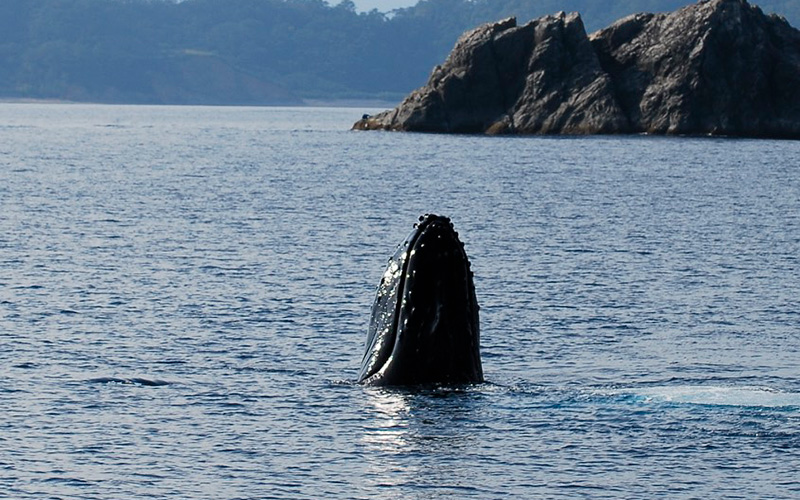 Action of the whale lifting its body vertically and only emerging from the surface of the water. It turns its body 30 to 180 degrees and then sinks slowly below the surface. It's believed to be checking their position. Lucky to see while whale watching! You'll probably see eye to eye with a whale. 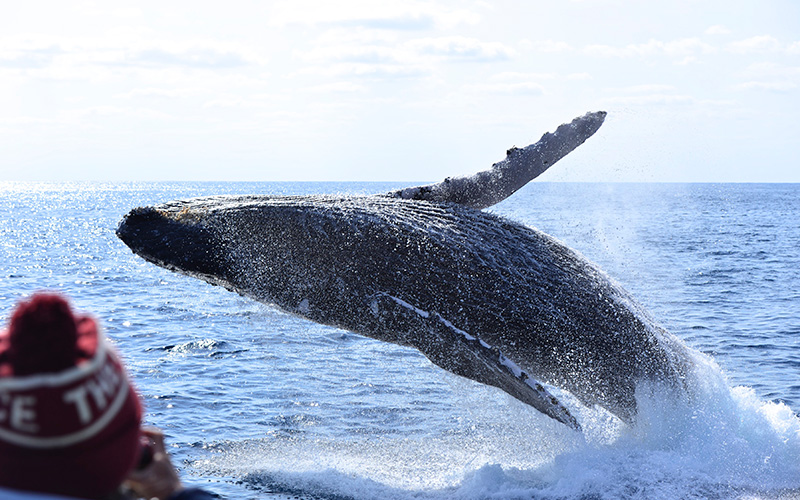 It lifts its body from the water's surface into the air, thrusts its pectoral fins out to the sides, and spins in the air before falling from its back into the sea. It is considered to be an action when they want to remove parasites from their bodies.It also gives a signal to its friends by making a loud noise. 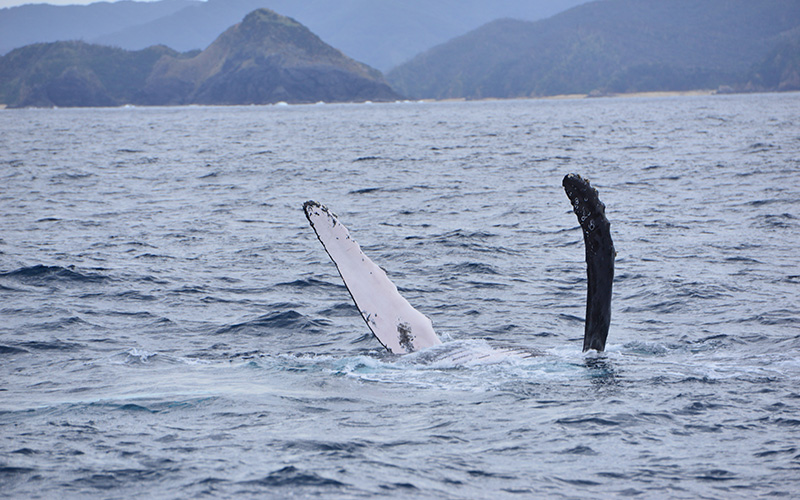 With the body on its back, it looks like a sea otter and taps both billets against the water.This can often be seen when they are relaxed. When they do this, they look like they're saying, "Come here" which makes us excited to watch them! 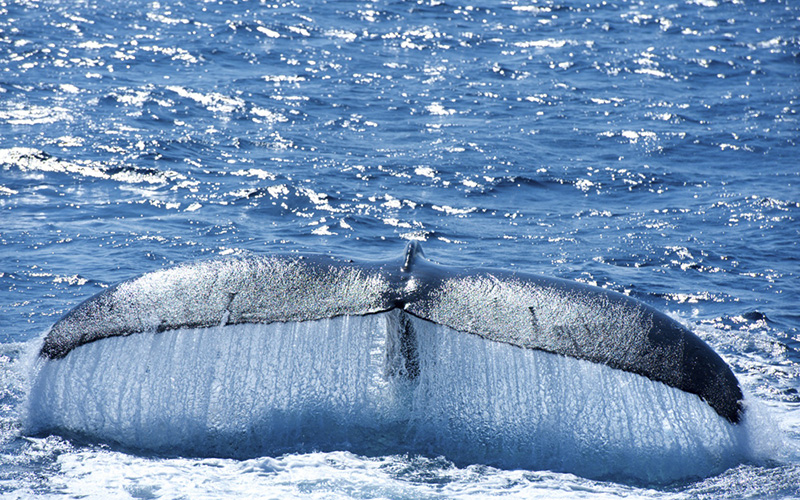 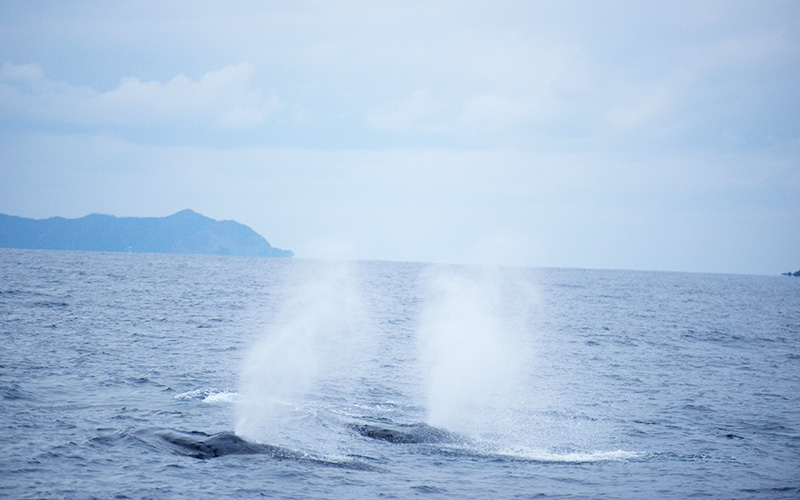 Squirt A whale breathes with a splash of water overhead. The whale blows 4 to 5 meters high from its overhead blowhole and blows 2 to 3 times per surface. After diving, re-emergence is about 5 to 20 minutes. To find lots of whales, look for lots of blows! The whale turns sideways and strikes the surface of the water with its long pectoral fins, which can be 4-5 m long. Sometimes they turn their ventral side up and strike both pectoral fins.It is also believed that they make a loud noise to signal their friends. They are often seen when they are in a good mood, so you can watch them leisurely. 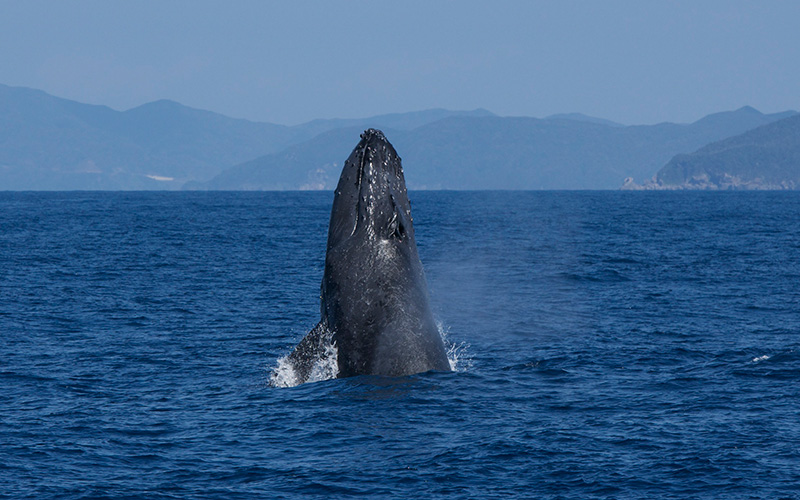 The action is to lift about one-third of the body to the surface of the water, hit the body as it is to the surface of the sea, and splash water around. In rare cases, the whole body may come out, so it is a powerful action superior to bleach. It is said to be a show of one's own power or a threatening action against other whales. 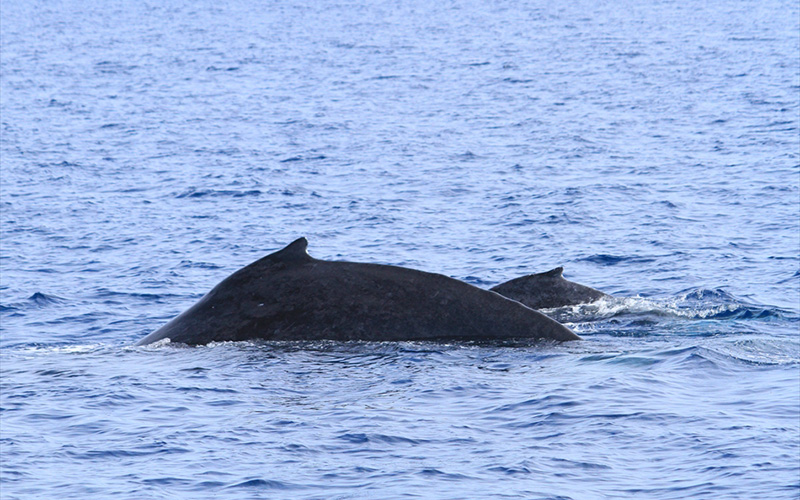 The behavior, the dorsal fins, which can be seen just before the dive begins, can be clearly seen, and following the blow, the dive begins while arching the body above the water surface. This is often seen before diving deep.

It is a composition of whales seen in whale watching. 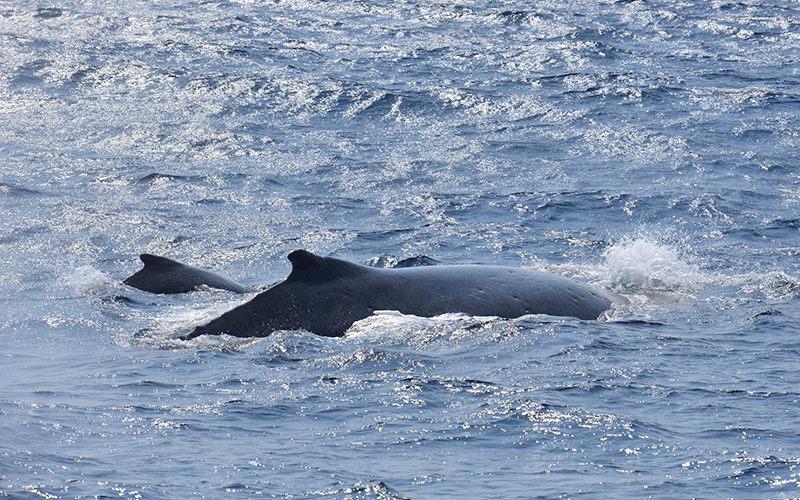 Parent and child (mother and child)

The mother whale does not move much and raises a baby whale. It is said that the baby will be weaned in about one year. In Amami Oshima Island, the same mother and child were once seen for 15 days. Parent and child and escort

The male whale swims together with the mother and calf as he watches over them.It seems that they are also asking for mating opportunities. 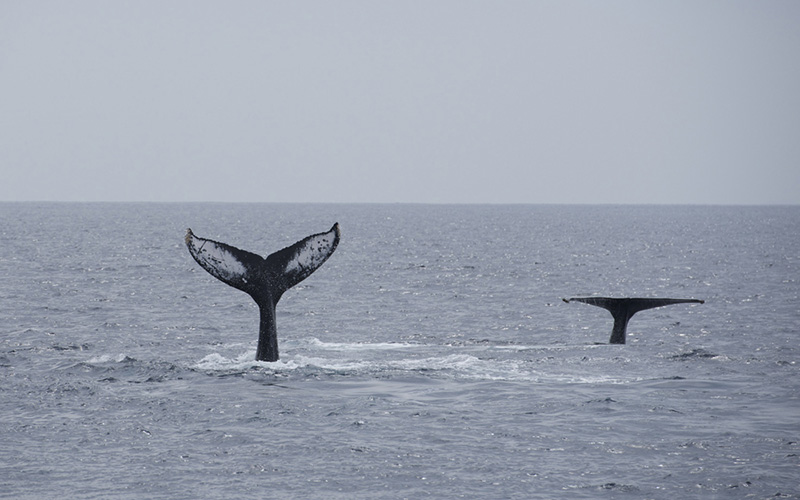 A pair of male and female. The male may appear to be beside the female while inviting with various aquations. We have also seen a male whale singing and dancing next to a female whale. A male whale singing. They often sing while staying in the same spot, but sometimes they sing while swimming. On Amami Oshima, there was also a singer who sang at the same place for 7 days! 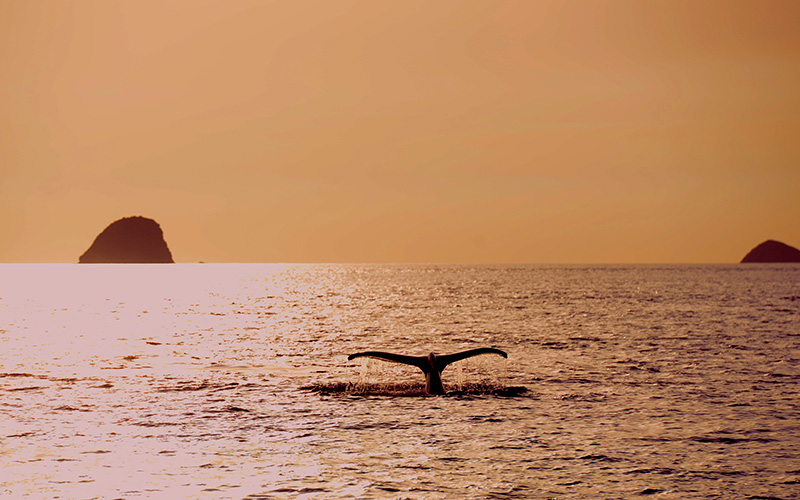 Alone wolf? male? Female? The young whales are very serviceable, and sometimes they play near breach and boats. Occasionally, you can see them in the water. Competition for female whales. It's a head on fight between the males! When the number is small, it is about 3, but the number is increasing and it may be 10 or more. As they heat up, they compete with each other, exhaling, flying again, slapping their fins, and the loud roar that blows out is also powerful!

Would you like to swim with whales?
A small group of up to 8 swimmers. You can apply from one person.
(In the case of those who only want to watch, 6 to 9 people can board aboard separately from the swimmer) 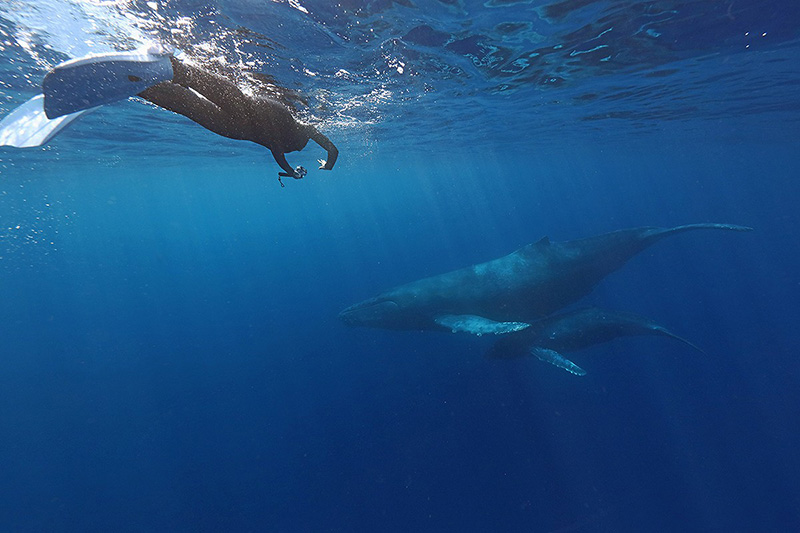 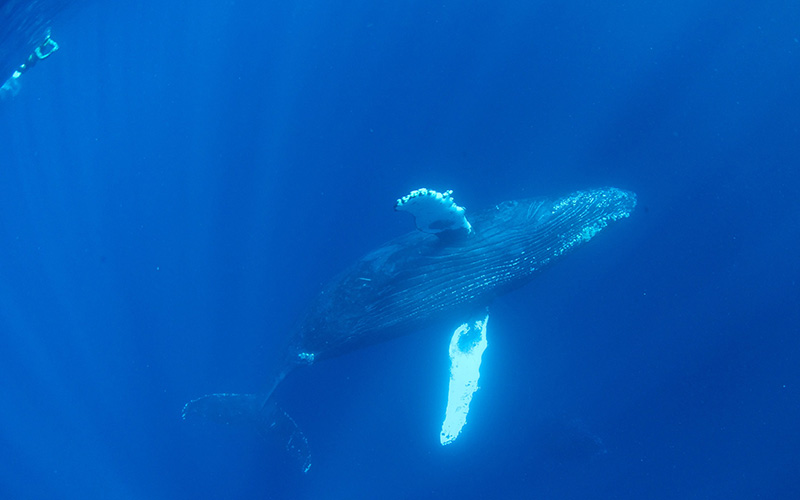 It is a plan for those who want to enjoy privately with friends and family.